Does Face-to-Face Learning Have a Future?

When the Pit Crew Challenge experience was still in its infancy and I was learning more about its potential, something remarkable happened. The exact moment began during a particular client delivery, we were deep in our second debrief, participants already had a couple shots at the race car at this point and we were discussing aspects of coaching culture and silos. A participant, I’ll call him Dave, shared an insight that if implemented, could potentially transform how their entire organization would collaborate.

Dave was no doubt engaged, sat in the front row, never lost eye contact, but was a mostly reserved participant in our conversations. Clearly reflective in his thinking style, he was the numbers type, needing to weigh concepts with the appropriate data. Both things had to fit like tight puzzle pieces before the image would come to view. His decision to contribute at that moment took me by surprise, followed by my sheer delight.

“So, what I hear you saying Bob, is if we change our compensation system using different metrics, it would change the culture?” Dave shared.

“Well, I didn’t say that directly, but I would agree with you.” I replied, deflecting responsibility for the idea, because it was not specifically one of my designed learning objectives. In fact, compensation was nowhere on the table for topics to be discussed during the entire week-long program, and I wasn’t sure how much latitude I had with this client: yet, I was excited.

Dave’s epiphany however, was a culmination of every other learning outcome we could hope to impart with this one meaningful suggestion. It had the potential to break down silos, foster greater collaboration, and grow a more meaningful culture. 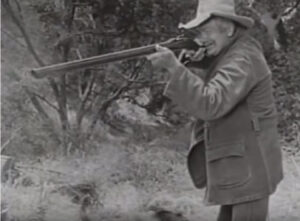 It was as if the idea was a bullet shot from Jed Clampett’s own gun and up came bubbling crude, oil that is, black gold, Texas tea. I pushed him on the idea though, seeing if I could get him to take ownership. “Dave, what do you think you can do about that?”

His idea was spot on, in fact, everyone in the room could see how it would benefit the firm, but they were riding on a proverbial titanic. The company was one of the largest professional services firms in the world, and large ships turn slow.

He replied, “I’m only a Partner, and I’m not on the Executive Team. I can’t make that decision.”

We’ve seen this story before, it is how great ideas perish on their maiden voyages. Dave was heading for the lifeboats and we hadn’t even hit anything yet. His plea was like that of many, feeling alone in the middle of the Atlantic, when it is easier to bail on the idea and hope to survive another day. What Dave needed was more support and someone to throw him a life preserver.

I reached into my bag of tricks. My early days of motivational speaking gave me a reservoir of tools to draw upon, and I only needed a couple minutes on a soapbox to challenged Dave (and the rest of the room) to not let the idea drop. He just needed to find some more champions and they were all sitting around him. Captive, part of the moment. Living it along-side Dave.

The brilliance of this collaborative week-long learning program, of which we were only a half-day, was to nurture a robust environment for sharing through the entire program design. Part of that was an insistence, by the client and design team, that evenings have no formal learning. Everyone was strongly encouraged to network in the hospitality area. Partners, the Executive Team and instructors, all found themselves connecting, chatting, sharing thoughts and insights from their day of learning. This is where Dave’s idea thing got traction.

Dave had some beginning conversations with fellow Partners during dinner, then more during the informal networking managed to raise confidence that the idea had merit. This happened because of face-to-face, and I’m not seeing these things happen as effectively in the virtual world. These off-line ‘coaching conversations’ found new light which led Dave and some champions to a casual face-to-face chat at hospitality with a member-or-two of the executive team. As the story goes, before you could say, “I’ll drink to that,” a committee was set to look at implementing the idea.

It took just over a year to figure out the logistics and put things in place, but it happened. The compensation score card was fundamentally changed at the highest levels of the organization making it an integral force in ensuring a strong collaborative culture between their lines of service. So much so, that after 2008 and into 2010, during economic uncertainty and a global recession, they were one of the few firms or companies in the US that were still hiring and growing.

This current pandemic has brought back those feelings of uncertainty, and at the same time has pushed the wave of digital transformation far closer and faster to shore than anyone could have thought. Virtual training and learning has filled in some needed gaps in the short-term, and its continued evolution will see further efforts to push us to places we can only imagine. For some forms of training and learning, this is a welcome innovation.

Recent reports are suggesting that while remote work and virtual learning have definite advantages, there are elements of knowledge-sharing and innovation that these, so far, have a harder time addressing.

See Fast Company article on why people need to get together.

The “Informal Networking” in an office or off-site retreat has been demonstrated to lead to increased collaboration and idea building. Silos within organization have an opportunity to grow unmanageable when we lose sight of rest of the organization around us. Casual conversations that help us form beliefs and reinforce culture are diminished when face-to-face encounters become non-existent.

The social aspect of face-to-face learning and development is the clear loser in this pandemic story and is also a cautionary tale. Some of the most transformational moments for business people have come from the “Informal Network” that happens in-between face-to-face learning sessions or in the workplace when new ideas are top of mind. Whether these be at breaks, meals, hospitality events, or even the legendary water cooler, informal conversations about frustrations, opportunities, problems, or new ideas get the chance to be vetted by trusted colleagues, and sometimes colleagues you don’t know well. This is when the magic happens. In a virtual world, your opportunities to reach out to new colleagues and grow that social network can be severely hampered. Even introverts who may be happy to be at home are still social animals. They are reflective, looking for those puzzle pieces to come together.

Chief Learning Officers know this scenario is not always ideal and are trying to make the most of virtual solutions. Alternatively, many are secretly waiting for face-to-face learning to return for the ‘right’ type of learning programs. I think we can agree, that face-to-face won’t return for all training.

When it is safe, and prudent, and face-to-face learning returns, there is one thing that is certain in my mind: It better be EXTRAORDINARY!

To be more clear, it better nurture remarkable results and get people excited about contribution, growth, development, and trying new things.

See recent article on Evidence That Events Are Coming Back

The justification for bringing people together will have to check multiple boxes on the development wish list, but what will move to the top of the list will revolve around the depth of the experience, and its impact on the culture of the organization. I can hear many a CLO saying that was always in play, and I would agree, however, what they thought was ‘best-in-class’ in the past may no longer rise to a post-COVID standard. The audience has changed their view on the world: how they interact; how they communicate; how they connect, how they work; how they socialize; and how they learn. What was great programming 6 months ago, may not be considered meaningful today. The challenge is not to just go right back to where you left off in your face-to-face events. Some new check boxes have been added to the list, and others have moved to the top.

If you have ever wanted to try something that was ‘out-of-the-norm’ for your organization a year ago but weren’t sure the idea would fly, the good news is the iron may very well be warm enough to give it a strike and just see what happens. Find the champions to help push new ideas forward while people’s comfort zones have been stretched. Now is not the time to let them go back to where they were before. You will have a captive audience, and they will likely be uber critical of time wasters. This is the opportunity to ramp up the value and show you have some moxie.

Yes, there is a future in face-to-face, in fact, it has a wonderful potential to help build your culture and foster innovation, even if it is by just sheer chance, and in fact that is how many great discoveries have been made over the centuries – even for Jed Clampett.

When it is time pack up the 1921 Oldsmobile Roadster and “move away from there.” The question you may wish to ask is whether you take all your antique tools with you, or use this opportunity to start fresh. Moving to a new neighbourhood is a chance for new adventures, just know that your audience will be different. To keep yourself from looking like the fool, make sure your learning programs are different too.

Join us for Perspectives & Performance

Don't miss out on future articles.
Free. We don't spam. We promise!